Like many college graduates, Karley returned to her hometown after graduating from college. She needs to save money and look at what her future might hold. But unlike many of her peers, Karley would like to start her professional career in the town where she was born and raised: Morocco in unincorporated Newton County.

She admits that it will be tough. Karley graduated from Purdue University with a degree in psychology, and she’d like to launch a career as a therapist. Her dream is to own and manage her own clinic that offers mental health services to the county.

The obstacle she’s facing is getting anything off the ground. “People here are not aware of what therapy can do for you like they are in the big cities or college towns,” she says. “So not only would it be tough to get a job, but there’s also the potential that you won’t have any clients. People here just don’t think wellness is a thing.”

She is looking at jobs far outside Morocco, but the commutes would be long, plus there are the added costs of gas and car repair. She could practice telemedicine, but that would depend on strong internet bandwidth, which just isn’t a reality in her hometown where internet access is sporadic.

What she likes about Morocco is the community: She and her college sweetheart Wes are intent on settling down there because of the connections they have there. If they get married, being close to family is important for support, especially if they have a child. But besides family get-togethers, she and her fiancé admit that the weekend commutes to Lafayette or Indianapolis to enjoy a nice dinner, attend a concert, or even play golf are getting pretty tiresome. They wish their hometown would be more welcoming to younger people who are in the prime of their lives.

“This area doesn’t have to be one thing or another thing. It can be both,” she says. “It can be a tight-knit community where people look out for one another and a safe place to grow up. It can also be a place where professional people can unwind and enjoy the finer things in life.” 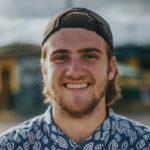 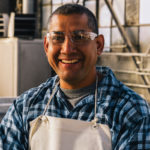 Next:
Luis: The Beginning