Maggie lives with her husband Henry and their 4-year-old daughter Emma in Kentland. While Henry works part-time as a home appraiser, Maggie teaches Government and Econ at South Newtown High School.

Despite their incomes, money is tight. Teacher pay at the high school is not enough to support all three, and Henry works when the housing market is hot, which is not always the case. He often has to travel long distances for jobs, which is getting more difficult when they don’t have a sitter for Emma.

“The irony is that sometimes it costs to have me work,” Henry says. So oftentimes, he stays at home caring for their daughter.

Maggie and Henry have ideas: She could go back to school and get her Master’s, which would allow her to teach at a college level. Or he could enroll in business school and get certified for another job to make up what he isn’t earning as an appraiser. But still, there are obstacles: Valparaiso University is the closest school, but it’s expensive. They could commute to programs in Chicago, but there is the added time commitment, which makes that option impossible.

“For now, if we’re going to stay in Kentland, that means enrolling in online courses,” says Maggie. “That’s not the best option, but it’s the only one right now.”

But those plans are in the future. Maggie and Henry first need to find a quality pre-K for Emma. There isn’t one in the immediate area, so a commute out of town is likely in their future.

Overall, all of these factors play a role in Maggie’s belief that her family will likely move closer to family in Detroit, Indianapolis, or Chicago, where greater access to jobs, education, and better pay is assured. Once the school year ends at South Newtown, they start making plans and figuring which city is best provided what they are looking for.

“We hate to leave this area because there is so much to love about this community: the access to nature, our friends, and a home we have grown to love,” says Maggie. “But we aren’t making it, and I fear the coronavirus will only make things worse. Our future, unfortunately, is somewhere else. 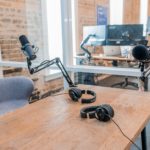 Previous:
Roots + Graffiti: A podcast about all things Jasper County 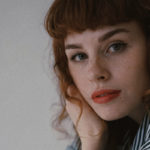 Next:
Sara: The Beginning